I am sitting here with my coffee listening to the quiet house and thinking how nice it is.
Weather man kept saying all week bad winter weather was coming and behold, nothing. Now he says it just not reaching the ground. I think he is just guessing now.

The holidays are over and back to hustle and bustle. My schedule filled up quickly for this month. Lodge, church and scouts will keep me on the go the next several weeks.

Lil Man and I will be planning a project this weekend to make and build some garden boxes to work on his Cub Scout book. He love to help create and build things with me. I love it also, because he unplugged for the electronics and learns skills he can use later. He will be a big help this spring getting the garden beds ready and projects around the house. Later today we will head down to get some of the material for our projects and let him pick out what he wants to grow. I forget at times how much he is growing up. He will forever be my little sidekick, even when he rolls his eyes when I say that out loud.

Time for another cup of coffee and get the day started.

Today is the last day of my on call rotation. I am worn to the bone.

Tomorrow I am free once again to come home at normal time and have a warm dinner.

Weather is going into the pits again this weekend, but I can't wait for my church's annual chili cookoff. Warm chili on a cold night. Nothing better.

Better hit the sack before the work phone starts quacking.

I like to wish everyone a Happy New Year full of happiness and joy.

There is no day that has all the dreams and wishes we have for our lives like today.

I can't wait to see what the year has in store for me and my family.

Back in the Saddle

I saw it has been awhile I had posted anything and I have tried several times to put my thoughts down and just kept deleting them. Every time the idea sounded good in my head, but you know how that goes. The poor ol' squirrel just can't keep up in the noggin'.

Garland Girl and I bought a new place and finally got all settled in. After a little fixing it up and new paint, we are quite happy where we are. A nice big place with a large back yard. I spent the time cleaning up the yards and beds getting ready for new garden in the spring with raised beds and going to try to build some rain barrels for them. I have been ordering 2015 seed catalogs planning what I am going to put in the gardens this year. I will have 3 raised beds to start with. Using the square foot method, I am hoping for a decent turn out this coming year. I tried it last year in a small bed and it was pretty good. My hopes are high.

I am loaded up on cold medication at the moment. I can't tell what is worse, the cold or meds. Either way, I feel like mud. This cold has been teasing me. It is lingering around and nagging me. I need to get some hot tea. It hits the spot and soothes. I love my hot tea. Usually Oolong or green tea when I am like this.

It has been a busy several weeks. We are planning to buy a house and move this year. We have traversed the pre-approval process and found a place that will fit our needs and wants for the most part. The house will need some updating and a little paint, but Wifey has already got Home Depot and Lowe's on speed dial for remodel ideas. Lord, please help me Amen. She has got contractors, painters, plumbers and electricians lined up to give estimates. I do agree work is needed for this old house, so let the bids roll in. Kitchen, bathrooms, showers, toilets, disposals, appliances and all walls she has her keen eye trained on and enough work for me for at least 2 years and 3 months. I hope I keep up with her time table, she likes things to run on schedule.

I have been buried at work. The company has restructured yet again and has combine two local offices. The coordinators have been wild on how they have been routing our calls. I can't complain too much though, it is their vans and gas being used. It keeps me busy and never a dull moment.

The weather has finally started turning nicer this week. It is supposed to be in the 70's this week and sunny. I am a little skeptical though. It won't last, but I am going to make the best of it. I am hoping this cold goes away and I can get out in the yard and work some of the beds. They could use some attention getting them ready for spring. They need a good cleaning and new mulch. The squirrels had hidden their stash in the beds and now I am going to have to cut out several baby trees from around the house.

I need to put this on a schedule. Random musing is fun, but it is good ju-ju to ramble on here for awhile. Spring is around the corner and things should be picking up around here.

We need to a reason to dream

I have been thinking for a while on what seems to be a common thread for all the turmoil the country is facing. The news is about the woes, threats, ridicule, discrimination, etc. being brought against one another. It is a constant drain on us all. Rights being threatened and taken away, the Federal government is in total chaos with certain leaders side stepping the Constitution with the flick of his pen.

What is causing this turmoil?

Here is my perspective, the country doesn't have anything to dream for. No country wide excitement type dreams. The kind where we all as a nation would circle around the television waiting with bated breath for images or news of exciting revelations and conquest.

We had the moon landings, space shuttles on exciting missions, heroes setting world records in flight, science, explorations of the deep sea, new lands never seen. Without these dreams we all sit around and stew on what our problems are and who we can blame to make ourselves feel better. We are too easily offended, too quick to yell racism, bigotry, narcissism with bitter resentment.

This country was founded on the belief that we are free to be who we are without the least oppression from others and especially the government. The government was created to protect the borders from invaders, regulate trade and commerce, and protect the laws and Constitution of the land. Over the last 100 or so years slowly we allowed special interest groups lobby and influence our government turning it into a nanny state. The government in turn has taken away our responsibility of self govern of our homes and families. Then more groups have gotten comfortable with not having to rely on themselves and holding their hands out for their assistance from the government. Churches and local charities have been taken out of the equation. Self reliance is a thing of the past for this generation of entitled, self centered, self important heathens that influence our children and our grandchildren.

There are programs that are being attacked that should never have been touched. Our men and women who served in our Armed Forces who deserve the security of having the country provide their care and assistance for their time of protecting our country and keeping us out of harms way. Our veterans are one of our greatest treasures we need to protect. It is our time to serve them.

Our space programs are being farmed out to private businesses. I have no problems with the private sector working in partnership, but how are we as a nation supposed to rally around that. We won't go back to the moon. We have astronauts in the the International Space Station, but where do we go from there.

Do we get too bored too quickly?

We need to restore the national imagination and dream. We need to dream big. Start looking for that next horizon that will capture us and want us to go farther.

The longer we sit and stare at our misery, the more bitter we become.

I get the honor of taking on call this week. Those of you that had to experience of getting the phone calls to go out after hours know how fun it is. You can't get any projects completed around the house and forget any dinner plans. The call outs haven't been too bad. though. Pretty simple just in and out for the most part. I am wore out, though. As the week goes on, that phone gets heavier and heavier. I will be done Wednesday morning for this go round. The overtime is good, but my butt is dragging.

The weather is all wonky here lately as it has everywhere else I suppose. The winter vortex and now 70 degrees. This is January for goodness sake. I just want a little winter consistency. At least I can get my outside chores done, when I am off on call.

I am tired and cranky. All need is a large glass of tea and my chair to set the world back on track. I am off to bed. Maybe tomorrow will shine a little brighter. 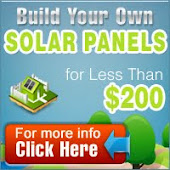 This is the craziness that is us...